UVXY did spike, has subsequently cooled off, and is currently testing trendline support.  Another spike looks possible in the short term.

It looks interesting for a move prior to November month-end. 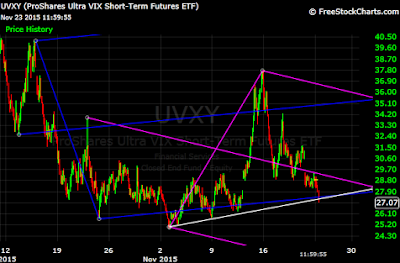 Silver bounced from the first blue arrow low, and has dipped once again, to the horizontal support.

Silver is anticipated to be forming the second blue arrow low currently.  In the Cycle the blue arrow lows are a double bottom pattern.  Silver should now bounce for several months towards $17.

Although Silver should bounce quite well in coming months, the bear market is expected to resume next year according to the Cycle. 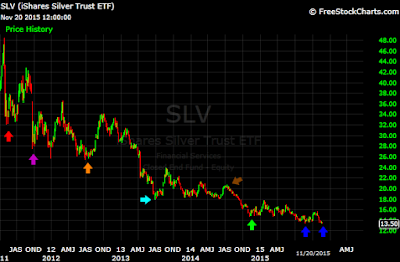 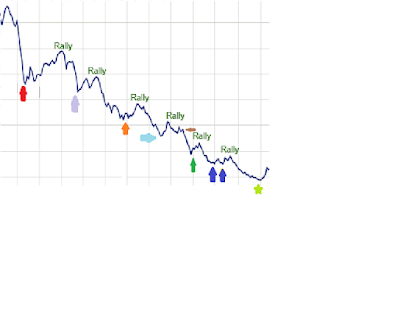 XIV has been following the dominant pink fork since August.  Price reached the double fork resistance in early November and plunged.

XIV is nearing the lower pink fork support.  Price closed above the orange fork support on Friday, and price behavior at the orange support will be interesting.

The SPX Cycle is still negative, but points to a low next week.  Most of the downside has likely already occurred.  An explosive move up is anticipated to commence from a low next week to the next high due around December 8th. 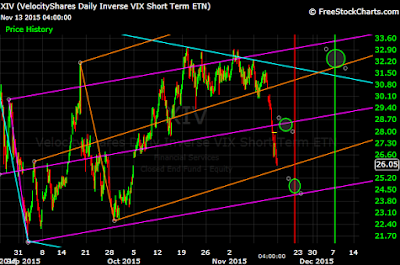 The Cycle timing high for SPX anticipated November 6th has been confirmed.

Notice though that while SPX came down significantly below the November 5th low, comparatively yesterday UVXY only saw a slight higher high than November 5th.

It appears to be a double top for UVXY.  It is these subtle divergences that are important.  As well, UVXY is testing some fork resistance overhead.  Mostly likely UVXY cools off next. 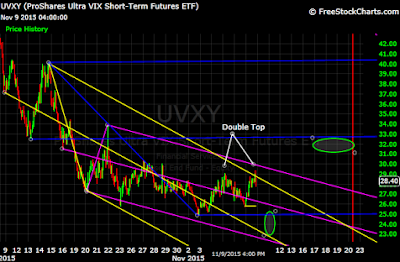 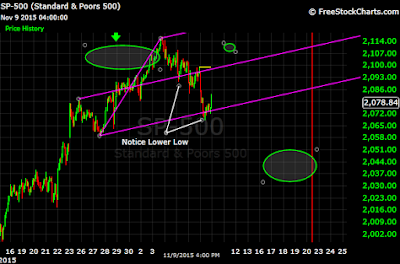 XIV has reached the target and has flatlined since mid-October, and that is because it has been pressing up against double fork resistance overhead.

At this stage, the price action appears to be consistent with consolidation.  It is a grinding style of rally that is time consuming, but gains relatively little in terms of price.

Cycles are weak in November up until the 20th, and then December looks mildly positive.  A November pullback looks probable, but the market is not quite ready yet for the next large decline.  The VIX Cycle does show a major spike ahead, and so it will be very interesting once this rally matures. 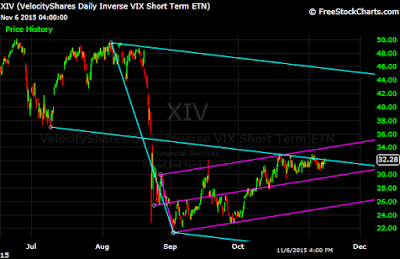