$SPX - Major Trendline to be Tested

SPX is peaking with a decline anticipated for the rest of the year.  The current market is simply quite overextended, and exhausted.

In contrast, VIX bottomed in March of 2013 - a year ago.  VIX has been rising for over a year, and that is a clear warning signal.

A decline for SPX is likely to be choppy with significant bounces on the way down as it corrects to the trendline from 2009.  A 250 point decline is estimated for SPX from the current level, and that represents a 13% decline. 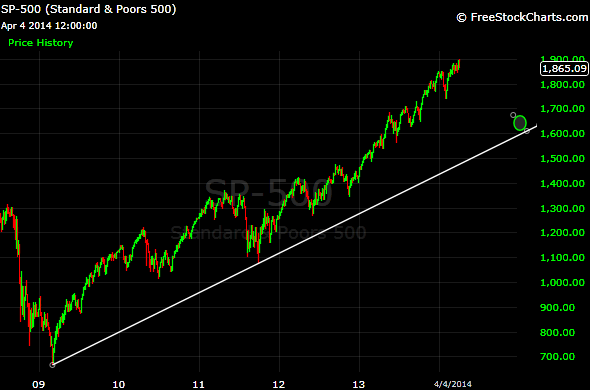