VXO has formed a trendline from 1987 to 2008.  VXO has been spiking frequently, and has been in a rising trend for two years now.

When VXO trends up for two years, it typically sees a large move higher on the third year.  An outsized move in volatility is coming due in the year 2020.

A test of the 1987 trendline would take VXO up to approximately 65, and surpass all peaks since 2008. 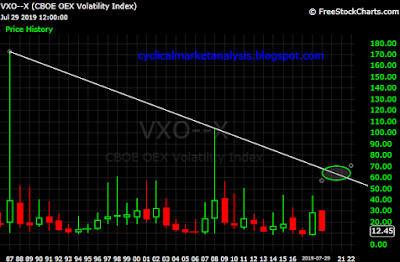 VIX typically tops out 5 points less then VXO at volatility peaks giving a VIX target of 60. 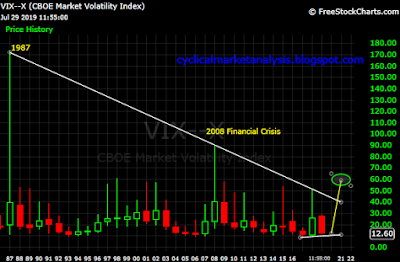 SVXY has retested the April high yet it has no strength to test the September 2018 high.

It is clear that SVXY is leading lower.  SVXY is close to the important blue line resistance, and sideways price action is likely to mark this high.  Resistance is just above with a confluence of support showing at $46 later this year. 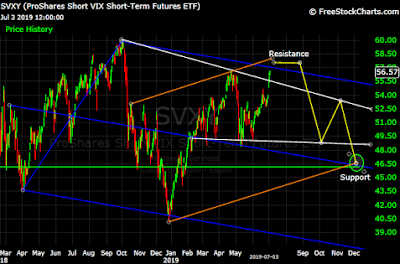