To understand the current market, it is necessary to look at the updated VIX Cycle.  Symmetry pointed to a large move in VIX.  VIX has reached the First White Arrow target high in the VIX Cycle.

The Cycle shows VIX building support in the 20's and eventually retesting 50.  There will be many large spikes as VIX establishes a volatile range during the next two year period.

Volatility is here to stay for several years. 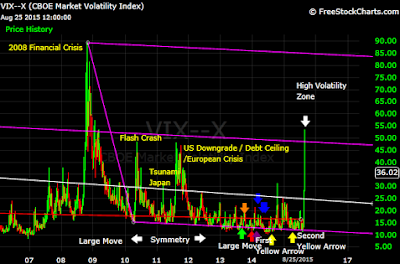 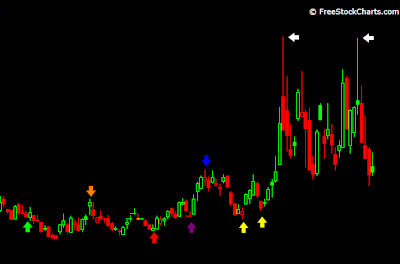 XIV broke below the white trendline, therefore that level has become resistance.  This week, a bounce looks likely into Wednesday/Thursday.  Indicators are way oversold.

Early September looks soft, but overall a large bounce is targeted for September according to the model. 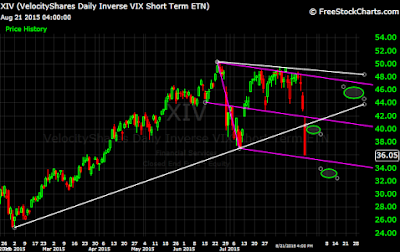 The model for XIV remains positive, therefore the market should be forming a low shortly.

XIV has cooled off and is trading near trendline support.  As well a triangle formation has formed and according to the model, the next push up should be quite strong.  It's likely to surge up and out of the triangle to the upside, and break out of the fork.

The behavior of the market has been consistent with the choppy sideways phase of the model which started early in July.

Notice that XIV is forming a higher low with July.  This contrasts SPX which has a lower low from July.  This is bullish for the market! 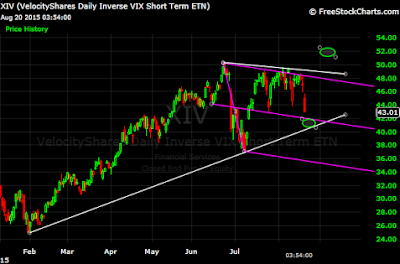