The Cycle for SPX showed the retracement from the yellow arrow.  Even though SPX is bouncing sharply at the moment, it is not clear that the purple arrow Cycle low is in place yet.  Recent lows could potentially be retested. 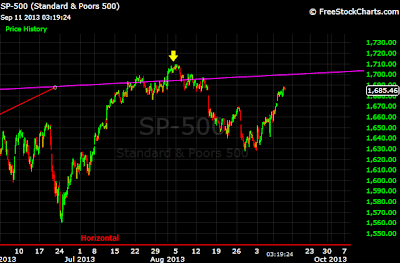 Over the summer months, UVXY dropped down and formed the first blue arrow low in the Mount Everest Cycle.  UVXY should retest around that low according to the Cycle as it approaches the second blue arrow.

Since it is a large scale Cycle, it can take time (weeks) to reach the second blue arrow. 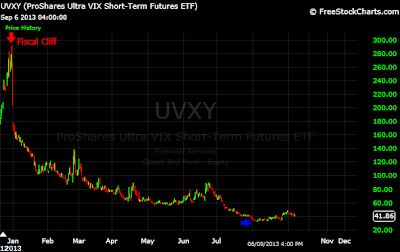 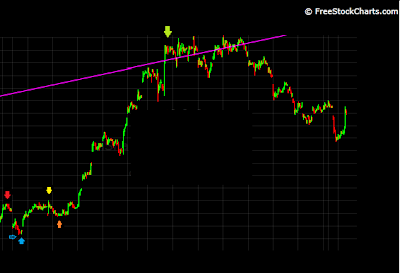