An important low for VIX is anticipated due in 1 week.

S&P Cycles were mixed in October.  There were short term cycles in October that were quite negative, but some were surprisingly positive.  The result was a very choppy month.  In contrast for November, the Cycles turn extremely negative and remain consistently negative for S&P throughout the month.

The large scale VIX Cycle is heading much higher into December. 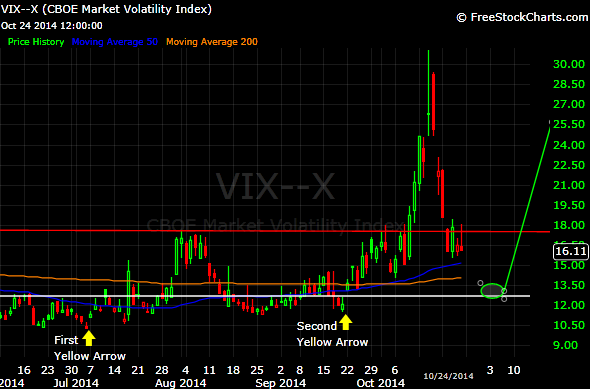