In the following analysis late October, I had suggested that Silver was topping and would retest the September low.

It did test the September low last week, and also found support at the major trendline in white.  The bottom is likely in place, and while Silver may start with a gradual rise, it is anticipated to finish in parabolic fashion. 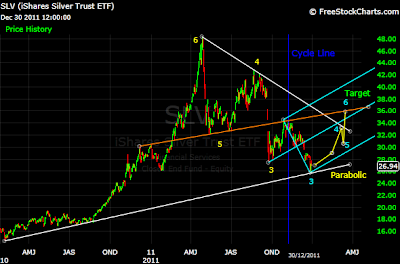 Gold also hit a major trendline last week going back to 2009.  Interestingly, the timing at the bottom lines up exactly with the triangle apex.

A steady rise for Gold makes Gold a better performer early on than Silver, but Silver finishes much stronger with a parabolic move.

The upside for Gold and Silver to the target prices is equal on a percentage basis. 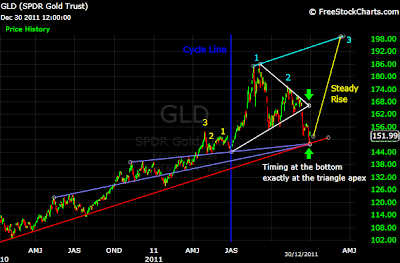