Cycles show that the Bull Market for SPX since 2009 has terminated at resistance.  Price has been grinding along resistance, but failed yesterday with a key reversal.

A lower low is to be expected in the months ahead for SPX to start. 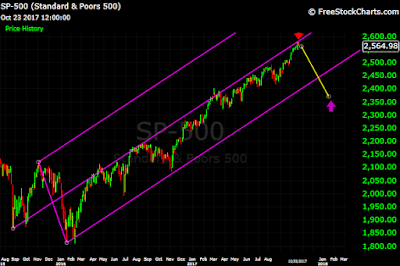 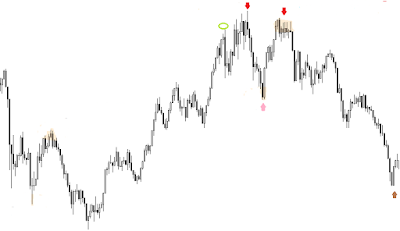 As predicted by the model, XIV went parabolic this year.  Price has achieved the minimum parabolic target, and is reaching into overthrow territory.

The "Trump trade" is coming to it's end.

It is early, and the overthrow will take time to play out.  The parabola, of course, will end very badly.  Complacency is extreme, and that is foretelling of a massive drop ahead during the next 1 year timeframe. 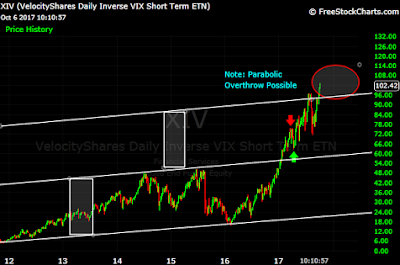 "The movement in volatility is unprecedented.  XIV has broken above channel resistance, and is configuring into a parabolic melt up.

Complacency is going parabolic which ultimately is extremely bearish for the S&P 500." 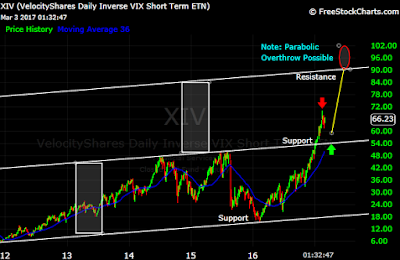 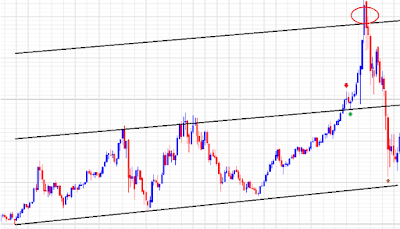